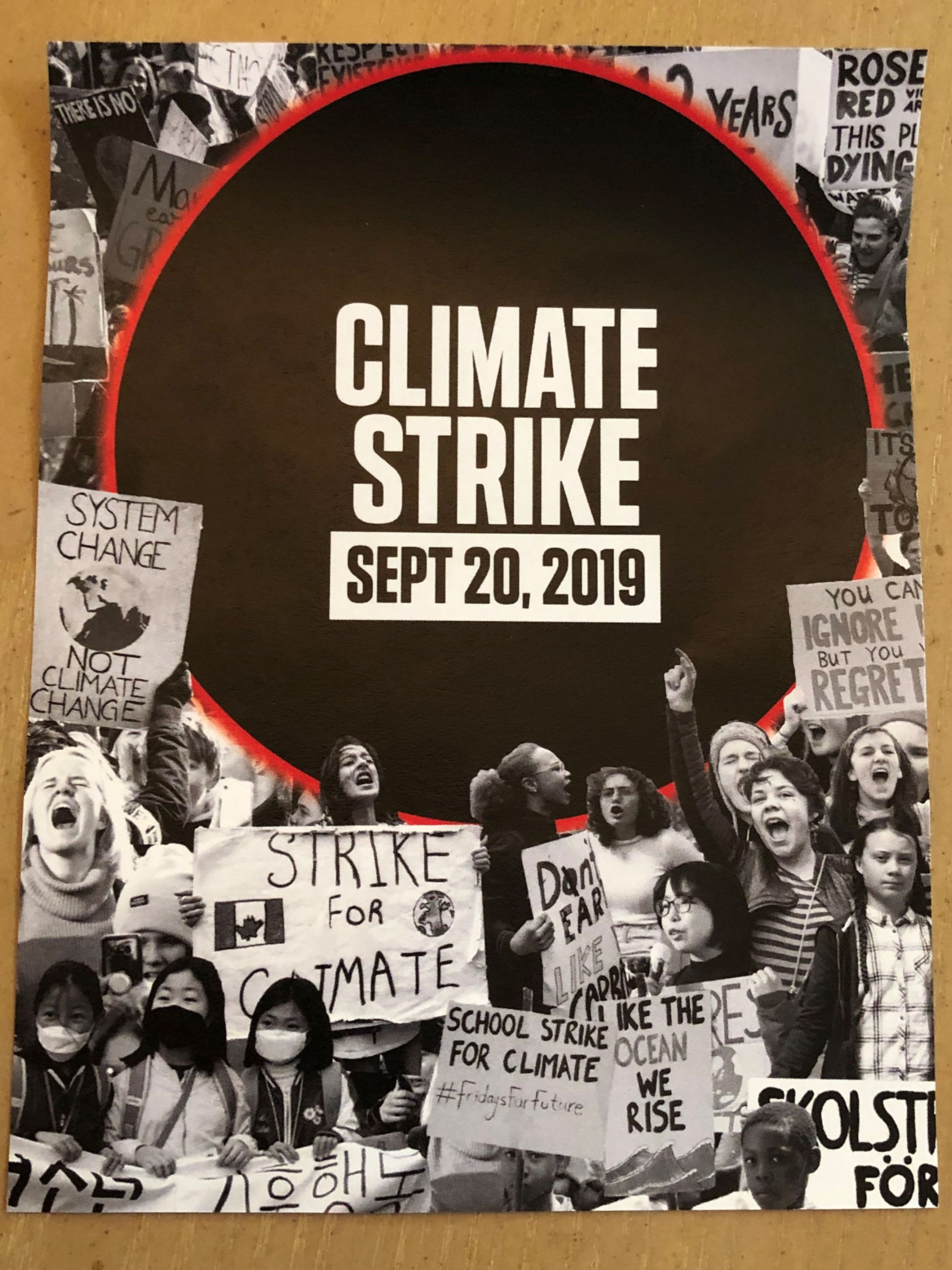 Earlier this year, youth activists issued a call to everyone around the globe to join them in a massive global climate strike on September 20th.

School strikers are calling on everyone ― young people, parents, workers, and all concerned people ― to join a massive climate strike on September 20th.

In Portland, following the lead of youth from high schools, middle schools and youth organizations, we will be holding a rally outside of City Hall at 10.30am to demand an Oregon Green New Deal, and an end to fossil fuels here in Oregon.

Find more information at Climate Strike Oregon and on their Facebook page HERE.