The 12th full day of bargaining went out with a big holiday cheer last Friday, December 6.

Over 100 AAUP colleagues, faculty and academic professionals, turned out at the Maseeh Engineering building for bargaining, bearing gifts for Portland State University. Gifts with cards describing the bounty of contributions all 1300 of us make to our students and the university — and contributions we bear as gifts for the new year! 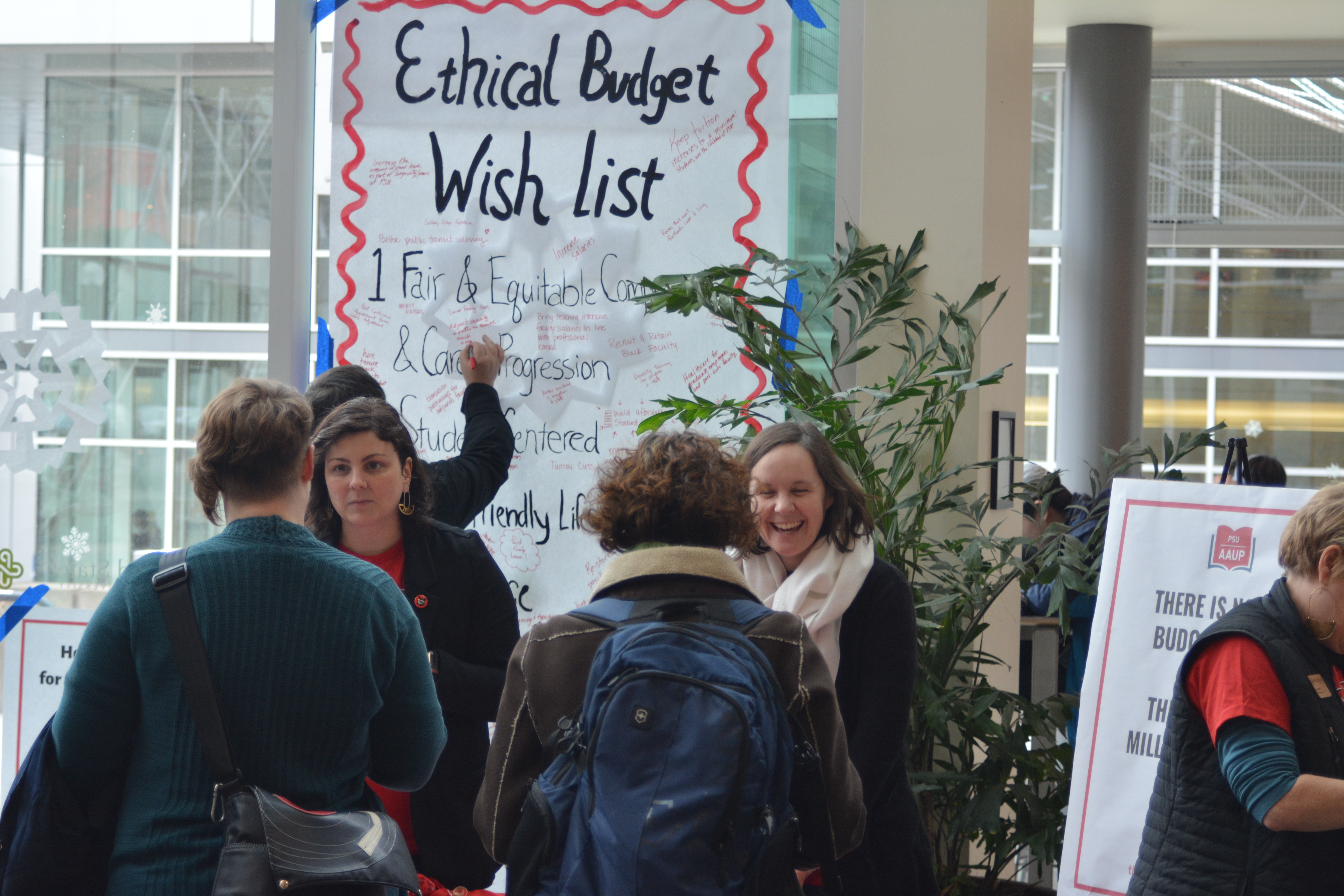 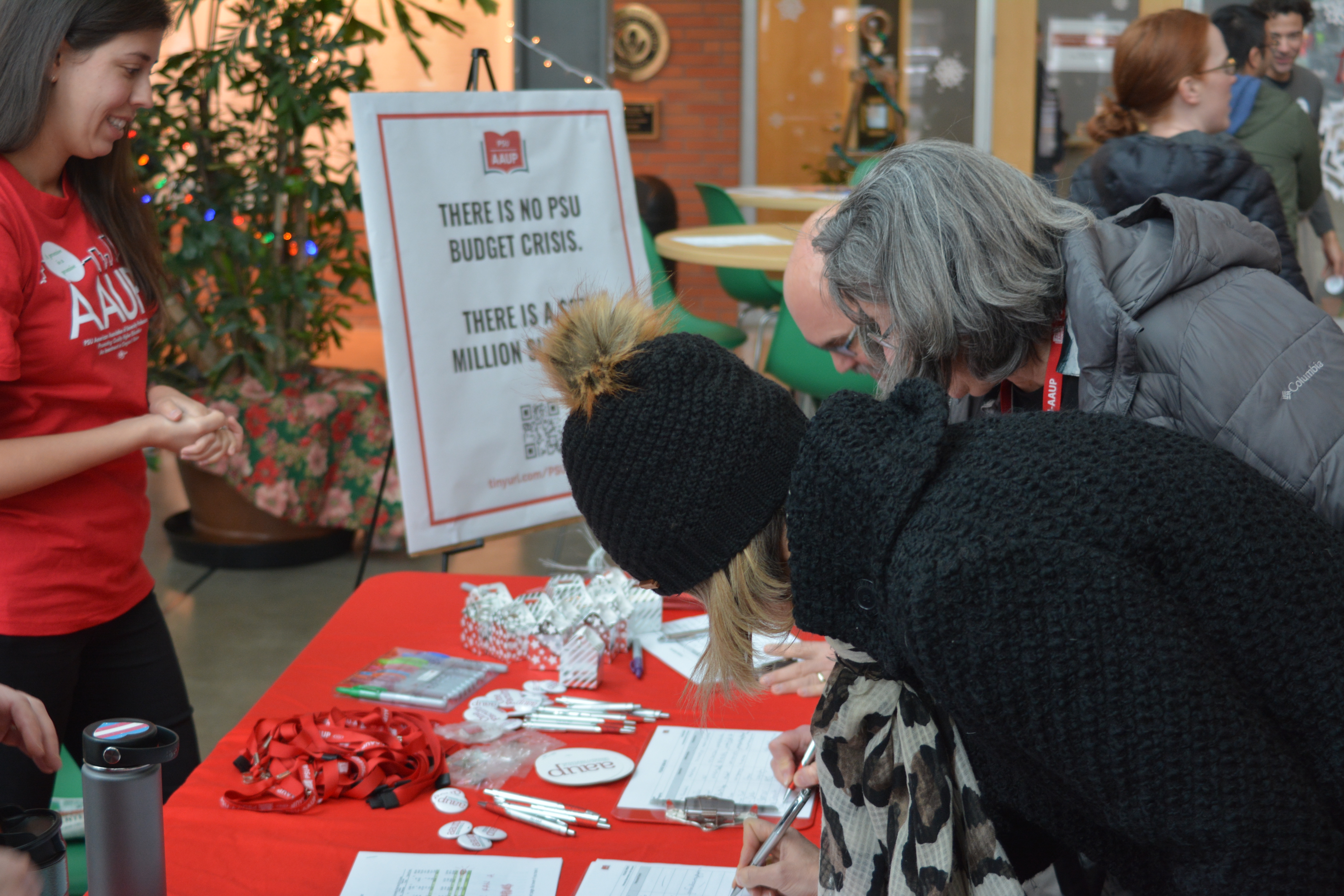 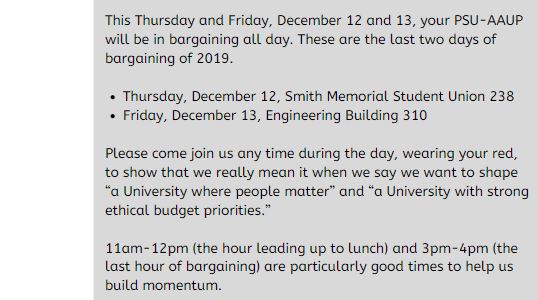 Our celebration was joined by dozens of allies — part-time faculty, graduate students, classified workers in SEIU, and members of the larger Portland faith and labor communities — who came out to express support for a collective bargaining agreement that moves PSU towards the vision of a public university with ethical budget priorities. 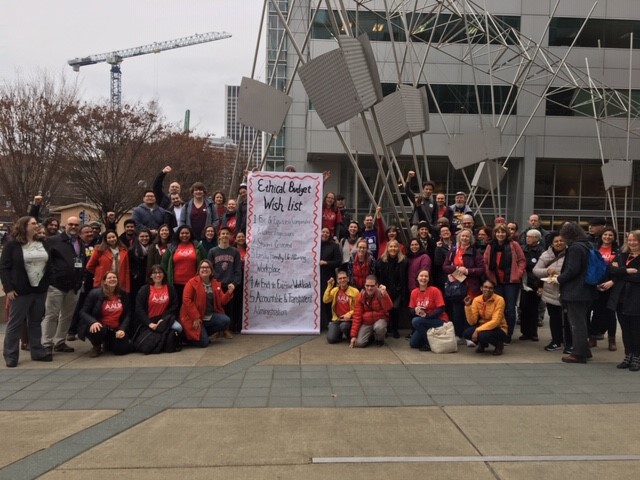 Gifts and a wall-size scroll containing an Ethical Budget Wish List were placed in the bargaining room and offered to the PSU administration team as they returned from lunch. 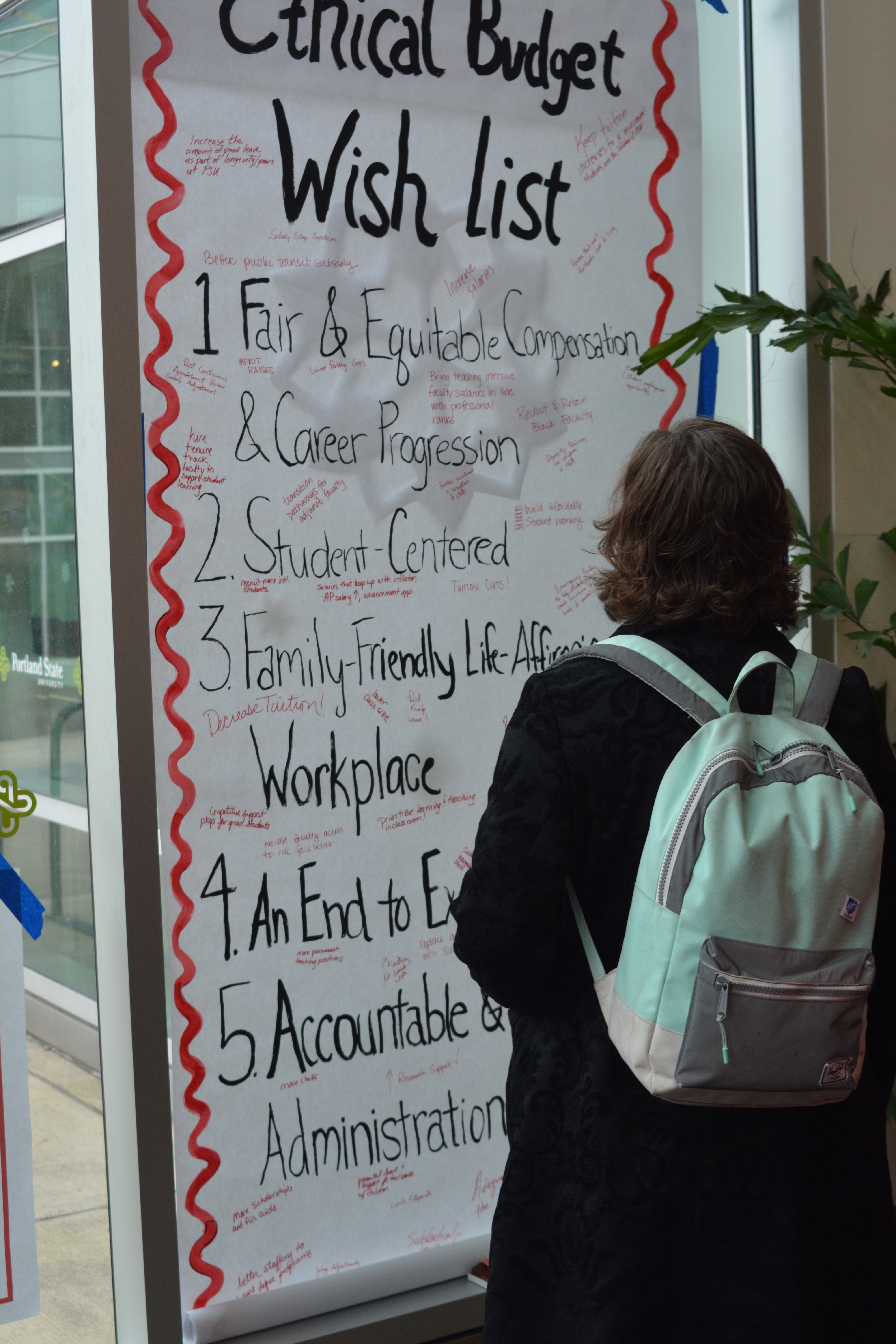 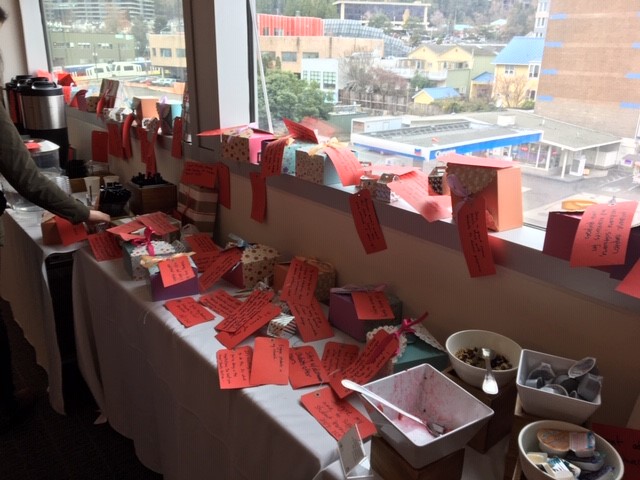 Before there was any holiday cheer, the day started with a sober conversation about a letter sent by PSU-AAUP to Interim President Percy regarding the crisis in Research and Graduate Studies. In recent days, there has been growing concern about the impact of declining resources for PIs/co-PIs and grants support staff at PSU.

This conversation delayed the start of bargaining for about an hour, as colleagues on the PSU Administration expressed strong feelings about the stress they felt when they saw the letter. Our bargaining team explained the organizational chart of PSU-AAUP (Executive Council, Bargaining Team, Membership and Organizing), and explained that this letter to Interim President Percy was not a communication from our bargaining team, and it was not a communication about bargaining, but rather, it was a letter from the PSU-AAUP Executive Council in its general advocacy role participating in important conversations in the public square. Although this was not a bargaining conversation, in the end it promoted a greater understanding between the teams.

There is light at the end of the long tunnel for Academic Professionals!

We are one step closer in a years-long effort to create a fair, transparent process for APs to transition into a new world of job families with six levels and internal mobility within levels. The conceptual design is fleshed out for:

Revision of position descriptions to make sure they match what you do; that they don’t misplace you in the new world of job families and levels; and that you have a voice in resolving differences.

In addition, because errors can occur in the placement of APs into new job families or levels, and those errors are consequential, a robust and easily accessible appeals process is required. Preliminary conversations at the bargaining table suggest PSU Administration recognizes the need for a strong appeals process. Crafting this appeals process is one of the items on the agenda this Thursday and Friday.

The Agenda for the Last Two Days of Bargaining of 2019